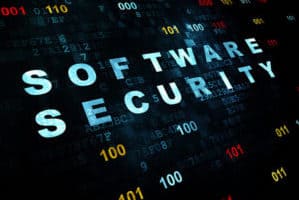 This blog is part of a blog series on the 12 PCI DSS Requirements. We discuss the common challenges and explain what kind of evidence is needed to comply with the requirement. Now we speak about

In order to try to gain privileged access to cardholder data systems, the attackers will exploit the system vulnerabilities. The implementation of all security patches provided by vendors solves a large part of the known vulnerabilities. This is the principal reason that PCI DSS requests to always keep the systems updated to the latest version.

On the other hand, the security vulnerabilities that are introduced inadvertently inside the custom software code could also be exploited to gain access to a network and compromise the data of the cardholder. Therefore, security definitions are necessary for all phases such as in the analysis, design and testing stage for software development.

It is important to define and implement a process that allows to identify and classify the risk of security vulnerabilities in the PCI DSS environment through reliable external sources. This process involves the following phases:

Define and implement a development process that includes security requirements in all phases of development. PCI DSS puts the emphasis on the testing stage and the code review. The most important points in these processes are: