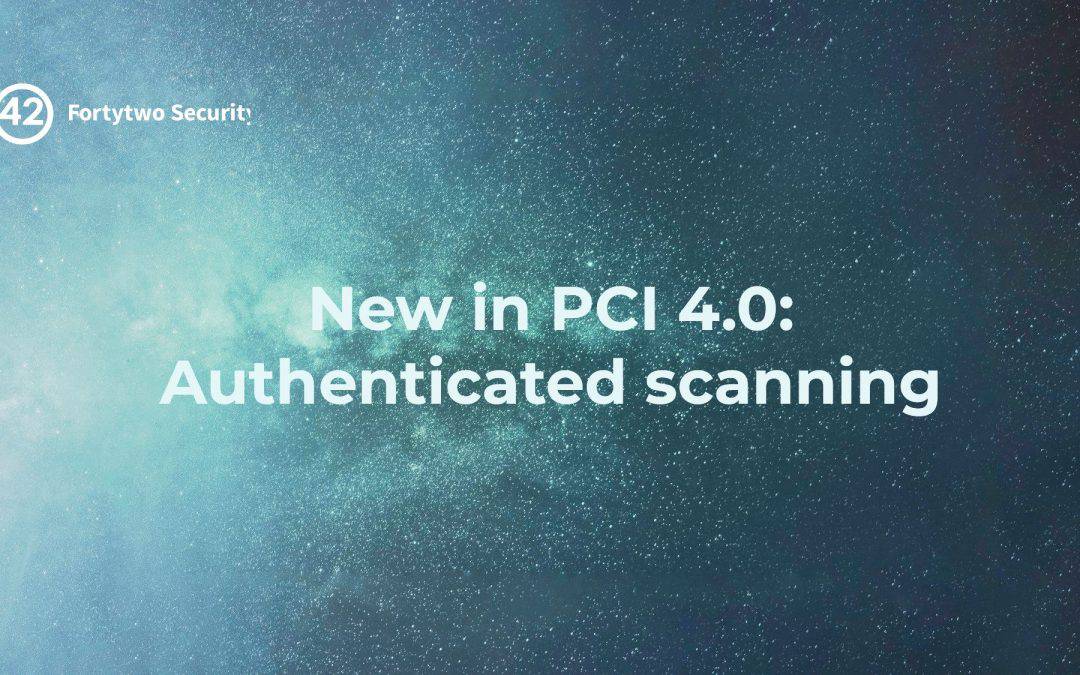 The Payment Card Industry (PCI) Data Security Standard (DSS) is a set of security standards that were established to ensure the safety and security of customers’ financial information. With the recent release of PCI DSS version 4.0, organizations must now use the authenticated scans as part of their PCI DSS compliance efforts.

This means that businesses must scan their networks for vulnerabilities and malicious activity using an automated tool that is authenticated by the vendor. This ensures that the scans are comprehensive and that any potential security issues are identified and addressed. The PCI DSS version 4.0 also requires businesses to use the latest security technologies, such as two-factor authentication and encryption, to protect customer data.

Additionally, the PCI DSS version 4.0 requires businesses to monitor their networks for any suspicious activity. This includes identifying unauthorized access, monitoring for malicious activity, and detecting any breaches that may have occurred. Businesses must also ensure that they are compliant with the PCI DSS by regularly assessing their security policies and procedures.

Overall, the PCI DSS version 4.0 is a comprehensive set of security standards that aim to protect customer financial information. By performing authenticated scans, using the latest security technologies, and monitoring for suspicious activity, businesses can ensure that their customer’s data is protected.

An authenticated scan is a process that verifies a user’s identity and authorization before allowing access to a system. Authentication is typically performed using credentials such as a username and password, but it can also be done using biometrics or other forms of authentication. When a user is authenticated, the scan is then able to proceed and check for any security issues on the system. This type of scan is more reliable than an unauthenticated scan since it is able to identify any unauthorized users or activities on the system.

Unauthenticated scans, on the other hand, do not require any form of authentication before the scan is initiated. This type of scan is typically used to detect any potential security threats or vulnerabilities in the system. However, since unauthenticated scans do not verify the identity of the user or their authorization to access the system, they may not provide the same level of accuracy as authenticated scans.

Although it implies more effort for the entities there are certainly many benefits to using authenticated scanning:

But what exactly is the effort for an entity transitioning from network-based vulnerability scanning to authenticating scanning?

Additionally, the entity may need to prioritize the assets to be scanned and set up processes to ensure the authentication scans are regularly conducted. An entity transitioning from network-based vulnerability scanning to authenticating scanning is very likely to experience increased levels of detected vulnerabilities and with them additional efforts to remediate those vulnerabilities.

Start deployment earlier due to the extended deployment schedule due to more vulnerabilities identified and the need to fix all of them.